In just the past few years the streets of Florida and other southern states began seeing the impact of the inexpensive, explosion of Flakka on their streets, sending drug rehab facilities into high alert to educate themselves on the safe detox from the drug. The drug is manufactured primarily in India, China and Pakistan, and the United States is working diligently to circumvent the import of this dangerous substance. 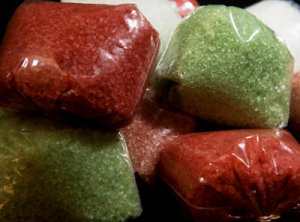 Recently, across the U.S. cases of individuals testing positive for the active ingredient in Flakka, a stimulant developed in the 1960s called alpha-PVP, has shown a dramatic increase.  Today, alpha-PVP is manufactured in overseas pharmaceutical plants and shipped all over the world.

Why People Use Flakka

Availability appears to be the big draw.  It has been referred to as the “poor man’s meth”.  They also saw a large number of younger addicts abusing this substance, most likely due to the low cost and availability.  Flakka is cheaper than most street drugs, and has been sold under the illusion of “Bath Salts” in tobacco shops, and convenience stores. Now Flakka has moved to the street dealer.  Sometimes called “Gravel” and “Salt”, Flakka only became declared a controlled substance in January 2014, and that was only by emergency declaration from the Justice Department.  Each time a ban on a specific formula, the formula would be changed slightly, and repackaged.

Flakka is often ingested through snorting, smoking, or eating. However, it can also be ingested through “vaping” in an e-cigarette, so addicts can conveniently take it in public without anyone noticing until the crazy effects begin.

The bizarre behavior of the people using Flakka has caused First Responders, Police Officers’, and Substance Abuse Counselors to act swift in finding a response to this epidemic.  Drug treatment centers began to reach out into the streets to educate the young addicts of this dangerous chemical.

Signs of Flakka Use

Flakka is associated with cocaine-like changes in behavior. Behavior changes induced by Flakka use may include:

*Warning the video below may be disturbing to some individuals

The Flakka addict is like any other addict.  The first step would be detoxing in a qualified rehabilitation facility.  Quitting on their own, if they even attempt it, proves to be unsuccessful without the aid of rehab counselors facilitating a medical detox. A good follow up rehab program after detox is imperative for drug addicts, including Flakka addicts. Addiction specialist agree that inpatient drug rehabilitation is the best treatment option for these addicts.

Long Term Effects of Flakka Use

Assuming the Flakka drug user survives the end result of his/her bizarre behavior while under the influence of the drug there, are lasting effects on the body.

The worst of the lingering after effects of the drug can be compared, in rare instances, to someone who runs a marathon, wherein muscle tissue starts to decompose and break down into the blood stream. That can lead to kidney failure and death.