Psychedelic drugs, such as “magic mushrooms”, which contain the chemical Psilocybin, are making a comeback on the party scene across the nation.  The substance is a hallucinogen and can cause a range of mind-altering, “trips” that young people are experimenting again with once more.

We are seeing people find legal ways to take shrooms and a push for them to become fully legal.  There are also pushes to make the much more powerful drug DMT legal.

In the 1960’s Mushrooms were first introduced to the party scene in Australia. As soon as they hit America, the mid-late 1960’s, era of the free love & peace hippie scene, they exploded.

Commonly referred to as:

How This Dangerous Drug is Found and Used 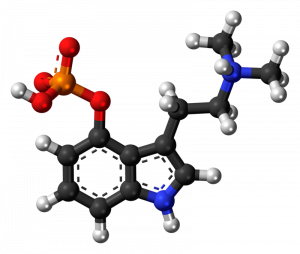 The chemical makeup of Psilocybin

People will ingest the mushrooms by either eating them, cooking them into a tea, or even just putting them in other foods.  Unfortunately, there have been reported deaths due to people picking the “wrong” mushroom, thinking they were picking a culinary mushroom and ending up with a psychedelic. Often, the mushrooms picked straight from the ground even have maggots in them, thus they ingest maggots.  If people do not know what they are doing 100%, they should stick to “picking” their mushrooms up from the local grocery store, so they don’t end up on a “trip” instead of a topping for their steak.

How Risky Is It?

The use of “Magic Mushrooms” may have a reputation of not being as harmful as other psychedelic drugs, but many incidents of overdose and death have occurred.  When used often, or in high doses people can damage the developing brain, making this even more dangerous for teens and young adults. Addiction can take place. 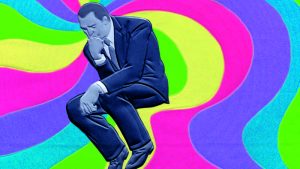 Users can suffer psychosis, excessive anger and the danger of taking extreme risks, while high on the Psilocybin found in Mushrooms.

Law Enforcement is Cracking Down

It seems if you ask law enforcement while there has not been a bigger crackdown on “Mushroom Picking” and usage, they will candidly tell you they have been dealing with so many other drugs that have been deemed riskier, or more abundant in the past. It is almost unheard of to hear of anyone having gone to jail for picking them in the past.  Let it be known, The active ingredient, Psilocybin, is illegal in all states and in the past it has often been punished with a fine. Drug & Alcohol rehab counselors, educators and law enforcement are now saying that the possibility of serving jail time should be stressed as well as the health concerns to discourage the use.

How To Find Help

If you yourself, or someone you know, has been abusing Mushrooms, you need to find a reputable rehabilitation facility that has experience in treating this type of drug abuse.   Each rehab will offer a variety of treatment programs.  You may choose inpatient or outpatient drug addiction counseling to help you learn to live and enjoy life without the use of mushrooms, and other psychedelic drugs like them.